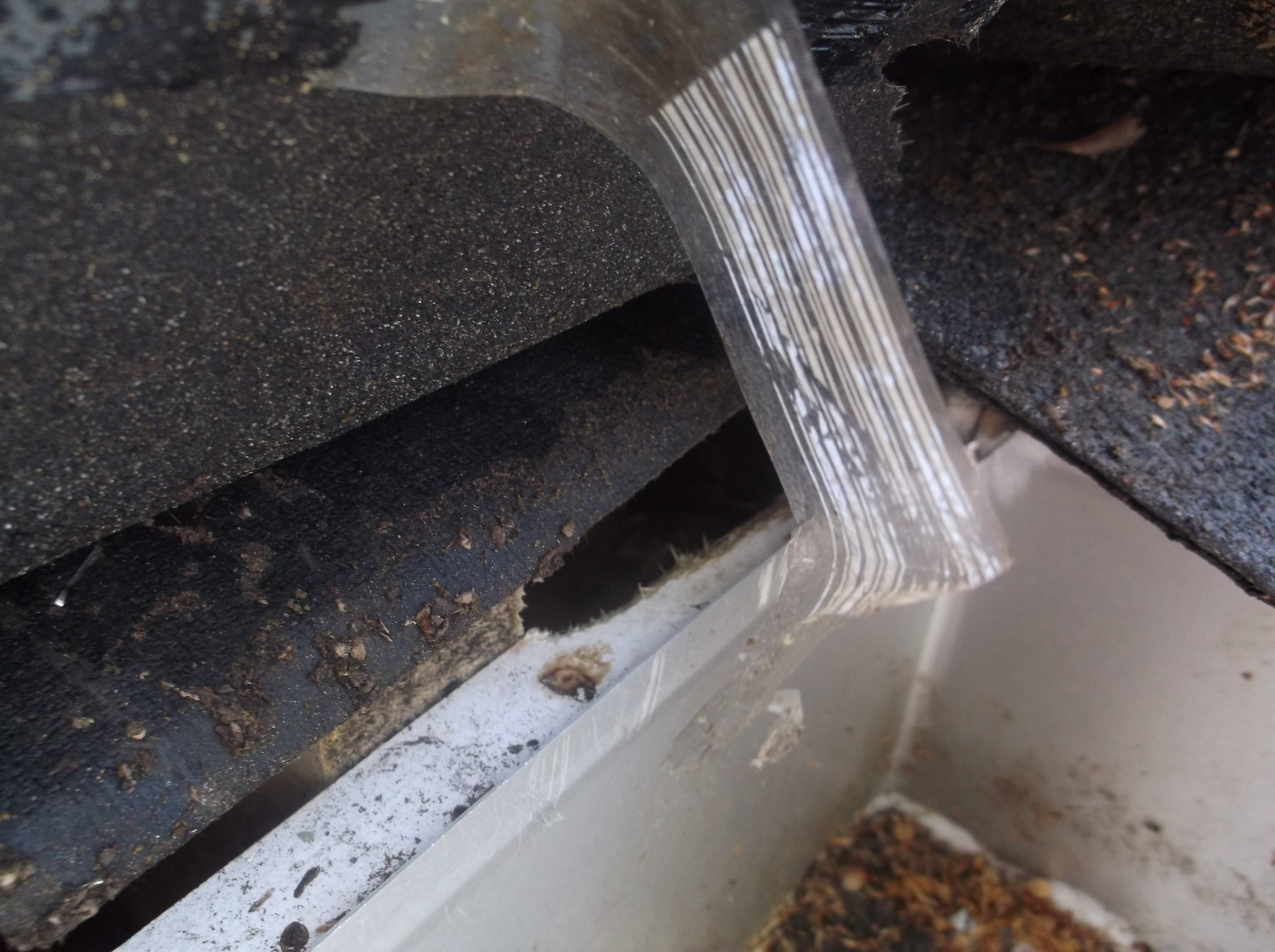 Do you have wild animals / critters entering your home and into your attic? The above picture was taken today, from one of our Wildlife Control Experts. When we come out to complete our inspection, we look for entry points all along your roof line, to determine where the critters are getting in. Sometimes, they’re only getting in one area of your home. If that’s the case, you do not need a full wildlife exclusion, you would only need a partial wildlife exclusion, to seal off that one area. Our trappers are on-call 24/7, and are more than happy to answer any questions that you may have!

Do you have damage in the attic from rodents?

Flying Squirrel damage can do a considerable amount of damage to the inside of your attic. Above, is a picture taken today by one of our Trappers. The customer had Flying Squirrels and roof Rats. Both flying squirrels and roof rats love gnawing on everything. This includes anything you have stored in your attic, such as christmas decorations, any covered utility wires, and your boards. For a limited time, we are offering 50% off any attic, crawlspace, or basement sanitation, while supplies last, that’s a $250.00 value!

How are squirrels getting in my attic?

One way that squirrels and other wild animals can enter your home, is through a construction gap in between your roof line and facia boards. Our team, seals it down with galvanized steel. If your home has flashing, we make certain the flashing is securely screwed down.If your home has gutter guards, we remove and replace all of the gutter guards, however, there is an extra charge for removal and replacement. Along with this, we also seal all gaps cracks, and holes to prevent reentry of the rodents. Below, is one of the techniques, for animal proofing your home.

If you hear critter sounds in your attic, you can often identify the type of pest problem you have, based on the type of sounds it makes.

If the noise of the rodent in the attic is at night, it’s probably raccoons, rats, or another nocturnal animal. How about the location of the sound? If it’s in a wall or a very tight space, it’s probably a rodent like rats or mice. What about the volume? The heavier the thumping and walking, the larger the animal, such as a raccoon or opossum. If it’s fast and light scampering, it’s probably a rat or mouse (or squirrel, during the daytime). Below is a description of the sounds of several of the major types of animals that live in attics:

Squirrels: Daytime noise, especially in the morning or evening. Fast scampering, medium volume, usually in the attic, but sometimes the walls, and often the eaves, and vents. Their not as loud with one squirrel when it’s just the first female, but when the young grow large enough, you hear the putter-patter from the babies.

Raccoons: You will mostly hear noises at night. You will hear heavy walking or thumping. If the raccoons are mating, then the adults will actually squeal. A nest of baby raccoons has a very distinctive noises.

Rats: Nigh time only, especially shortly after sunset. Light scurrying and scampering, maybe some scratching. You may also hear fast running up or down the walls.

Mice: Like rats, but a lighter noise. Though in actuality, the acoustics of your home, thickness of walls, presence or lack of insulation has more bearing on volume than animal size.

Bats: They are very quiet, but if there are enough of them, you’ll hear them chirping after sunset.

Flying Squirrels: They are nocturnal, and the sound is a lot like rats, although you’re not likely to hear them in the walls the same as with rats.

Birds: Flapping sounds, and chirping. Most of the sound will be during the daytime.